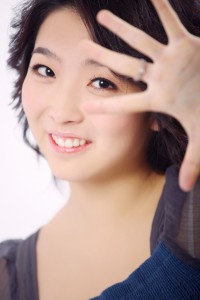 Born in Rochester, New York, 20 year old pianist Claire Huangci astonishes all who hear her perform. Coming from a family of scientists, Claire received a grand piano for her 6th year birthday present. After exploring the instrument herself in the first year, she started taking lessons when she was 7. In the same year, she was featured on FOX news as a child prodigy with “the skills?of a professional pianist.”

During her studies, Claire was awarded with a number of scholarships and won many competitions, including the Grand Prize at 1999 World Piano Competition. As a result, she performed in the gala concert with the World Festival Orchestra in Cincinnati Ohio and in a winner’s concert at Carnegie Hall. Continuing her studies at the Curtis Institute of Music, she went on to win the Philadelphia Orchestra Competition and performed with the Philadelphia Orchestra under the baton?????of Wolfgang Sawallisch, one of dozens of American orchestras she has appeared with.

In April 2006, Claire won the first prize in the 57th Kosciuszko Chopin International Piano Competition in New York City. She then performed in numerous solo recitals and concerto appearances throughout the USA. The 2006 Hamamatsu International Piano Competition introduced Claire to the Japanese audiences; she was awarded the Diploma of Outstanding Merit and was the favorite for many spectators.

The 2007 season represents a milestone in Claire Huangci’s career. She made her first appearances in Europe with solo performances in Munich (Herkulessaal), Frankfurt, Leipzig (Gewandhaus), and Paris (Salle Cortot). In addition, Claire gave her debut with China Philharmonic. In April, she toured Switzerland and Germany, performing Prokofiev’s Piano Concerto No. 2 with Südwestdeutsche Philharmonie.

Following an outstanding debut at the 2009 Schwetzinger Festspiele, Claire performed the Pre-Opening Concert at the Kissinger Sommer. Her 2009-10 season opened with Grieg’s Piano Concerto at the Tonhalle Zurich with the Tchaikovsky Symphony Orchestra of Moscow under the baton of Vladimir Fedosseyev. She will appear in further concerts throughout Europe, the United States and Asia, including a China tour with the Radio-Sinfonieorchester Stuttgart under Sir Roger Norrington, during which she will perform Prokofiev’s Piano Concerto No. 3 at the opening of the Shanghai Expo.

Having won the International Chopin-Comeptition in Darmstadt/Germany in October 2009, she was awarded the first prize at the National Chopin Piano Competition of the United States in March 2010 again for her distinguished Chopin interpretations.