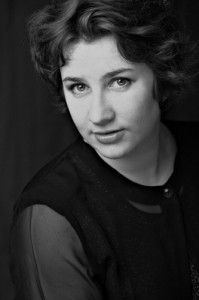 In September 2009 Sofya Gulyak was awarded the 1st prize and the Princess Mary Gold Medal at the Sixteenth Leeds International Piano Competition – the first woman who has achieved this distinction in the history of this competition.

Sofya Gulyak is a native of Kazan (Russia) where she studied in a Special Music College, and then in Kazan State Conservatoire under professor Elfiya Burnasheva. Ms.Gulyak graduated also from “Ecole Normale de music de Paris Alfred Cortot” with the highest distinction. After she continued her studying in Piano Academy “Incontri col Maestri” (Imola, Italy) with Boris Petrushansky and in Royal College of Music with Vanessa Latarche.

Ms. Gulyak has beed honored with the role of scholar for the Rostropovich Foundation and Russian President Foundation. Ms. Gulyak also attended as a jury member at the international piano competitions in Italy, Serbia and Greece. Her playing was broadcasted on the radio and TV in Russia, Poland, France, Italy, Germany, USA, Finland, Denmark, United Kingdom.