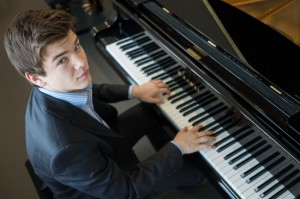 In 2012, Nicolas has won the third prize at the International Piano Competition of Hanoi, in Vietnam.

In 2015, he obtained the Superior Diploma with the highest distinction in the Conservatoire National Superieur de Musique de Paris, where he studied with Roger Muraro and Isabelle Dubuis.