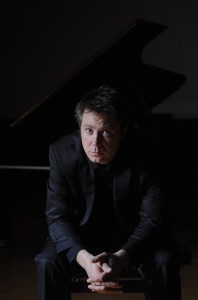 He had his first solo concert at the age of 12 and since then he has played over 300 recitals, chamber music concerts and appeared many times as a soloist with different orchestras. His performances have led him round Europe (Italy, France, Romania, Hungary, Russia, Germany, Spain, Slovenia, Croatia, Montenegro, Bosnia and Herzegovina, Serbia, Macedonia), Japan and USA.

He participated in the project ?Operation 40 Fingers? within he had a concert tour in Italy in the concert season 2007/08.

In December 2009, he had debut recitals in prestigious halls of New York : two concerts in Bechstein Concert Hall and a concert in Symphony Space. In March 2010, he proceeded his concert activity with the recitals in Russia, playing in very important halls of St. Petersburg such as: Small Hall of Rimsky-Korsakov Conservatory, The Great Hall of Mussorgsky College (within the festival dedicated to Frederic Chopin) and in one of the most prestigious halls in St. Petersburg ? Sheremetev Castle.

? ?For its part, Misha Zurković sported nothing short of amazing piano skills. His is to be considered in all respect a superior talent, unconditionally capable of expressiveness and clarity of the sound and should be considered, without any fear of exaggeration, one of the biggest names in the piano world? ?