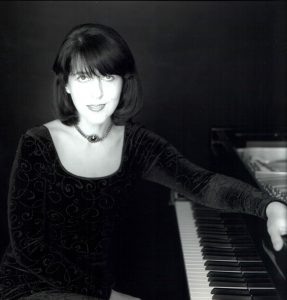 Natalia Trull began studying piano in her native St. Petersburg. She later moved to Moscow where she graduated from the Moscow Conservatory. Among her teachers were professors Y. Zak, M. Voskresensky and T. Kravchenko.

Her performance career was launched when she won first prize at the Belgrade International Piano Competition in 1983. However, the biggest success came in 1986 she won the silver medal at the Tchaikovsky International Piano Competition. The public was swept off its feet by her interpretation of composers such as Schubert and Stravinsky. Her “Petrushka” suite left an everlasting impression on the public and critics alike.

In 1993, Natalia Trull was awarded the Grand Prix at the Piano Masters Competition in Monte-Carlo (where only winners of international competitions are accepted as participants).

Her repertoire includes over 50 concertos, of which the Tchaikovsky concerto has proved to be the most popular, the pianist having performed the work on over one hundred occasions in the world’s leading concert halls. Her most brilliant performances of the Tchaikovsky concerto were in Hollywood Bowl under Eri Klas and the Los Angeles Philharmonic Orchestra and in Suntory Hall with Tokyo Philharmonic Orchestra conducted by Koizumi Kazuhiro (1998-99 season).

Natalia’s performances today are remarkable for her total absorption in the music, her unique stage presence and technical mastery in presenting a wide repertoire of works. Natalia Trull is frequently invited to teach in the U.S.A., Japan, Italy, Germany and South America. She is Professor at the Moscow Tchaikovky Concervatory and Guest Professor at the Como Accademia Europea di Musica (Italy).