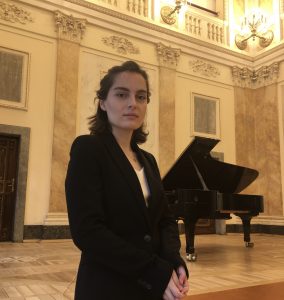 From 2019 until now, she is studying in Krzysztof Penderecki Academy of Music in Krakow under the professor Andrzej Pikul. Tamari has received masterclasses with pianists such as: Cyprien Katsaris, Oxana Yablonskaya, Gabor Farkash, Jan Wein, Grzegorz Kurzynski, Elisso Virsaladze, Konstantin Scherbakov.

In 2021, as one of 28 candidates, she was qualified for the International Telekom Beethoven Competition Bonn.