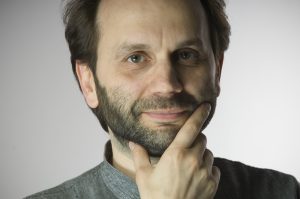 Steinway Artist Svetozar Ivanov has made numerous appearances as recitalist and orchestra soloist worldwide. All Music Guide and Fanfare Magazine praised his recent solo CD’s; the CD “Naked Tango” was called “superbly original, quite moving, personal and musically absorbing” while his CD “Vers la flamme” was celebrated for performances which were “played with aplomb, panache and complete conviction” and interpretation “filled with sensual longing, anguished yearning, anxious dread and provocative energy”.  Regarding his CD “Echo” one reviewer wrote: “Ivanov’s most distinctive gift as a pianist is his ability to draw us inward, which imparts the feeling that we’re approaching a mystery”. Svetozar Ivanov’s most recent album “Dream Images” was described by Fanfare Magazine as “superb and fascinating ” and hailed for “performances of purified beauty that can leave you breathless.”

Recent performance venues include Carnegie, Merkin, and Steinway Halls in New York City, Salle Gaveau in Paris, Splendor and Bethaniënklooster in Amsterdam, Guildhall, Royal College, and Goldsmith in London, Mozarteum in Salzburg, Razumovsky Salon in Vienna, Salon Chritophori and DDR Radio in Berlin, RNCM in Manchester, Royal Academy of Music in Denmark, RCS in Prague, Sequoia Concerts in San Francisco, as well as numerous concert series at universities throughout the US.